Can Scotland change the attitude of a miserable nation?

Scotland are one win away from a precious play-off place, there is reason to be optimistic.

When you set your expectations so low, it’s hard not to get carried away. Scotland are now one win away from a European Championships Play-Off spot – something that hasn’t occurred for almost 15 years. Yet, despite this fact, fans continue to become disillusioned with the national set-up and attendances continue to dwindle. Who’s to blame?

Most fans would give you the same answer; the SFA. However it is never as straightforward as that, a bit like the UEFA Nations League itself.

There has been quite a bit of confusion surrounding the Nations League, with numerous possibilities available at the start of the campaign – and although Scotland’s games so far cannot be considered a success, the new set-up should be welcomed with open arms.

UEFA have long considered how they can freshen up International football, with interest fading and friendly games doing little to justify progression as well as their effect on a nation’s coefficient. I’ll spare you the description of the Nations League as you can read it in 100 other places, but it has effectively offered Scotland – a nation with 20 years out of major competitions – two opportunities to qualify for Euro 2020. Win in Israel tonight and it really is within touching distance.

You’d think this would be treated with optimism throughout the country, yes? Wrong. Scottish football fans now dread the international break, with many online claiming they would rather not watch the game at all. Many would prefer their favourites players didn’t take part, or they might boo another from a rival side. Take that with a pinch of salt. There is no winner for the competition of ‘Who hates Scotland the most?’

One result doesn’t change everything, but a resounding 4-0 win away from home is a great achievement for any international team. Albania were poor but Scotland looked like a new side. After a miserable result in Israel, it was clear that McLeish’s insistence on playing a 3-5-2 shape was not working. It wasn’t working for the players, who were often shoehorned out of positions, and it wasn’t working for the fans, with the team struggling to move the ball at pace in to the final third – it was poor to watch.

Yet, when the chips were down last week, McLeish was forced his hand in to playing a 4-3-3, with particular interest on the wide players. The squad had suffered a mammoth nine call offs but you wouldn’t have thought that when watching a spirited display in Shkoder. Ryan Fraser and James Forrest lit up the pitch with their electric pace, two of Scotland’s most in-form players given the freedom to replicate their scintillating club form. Steven Fletcher was drafted back in to the squad and his ability to drop deep and hold up the ball allowed the wingers, as well as the impressive Ryan Christie, to get in behind the Albanian defence and cause havoc. 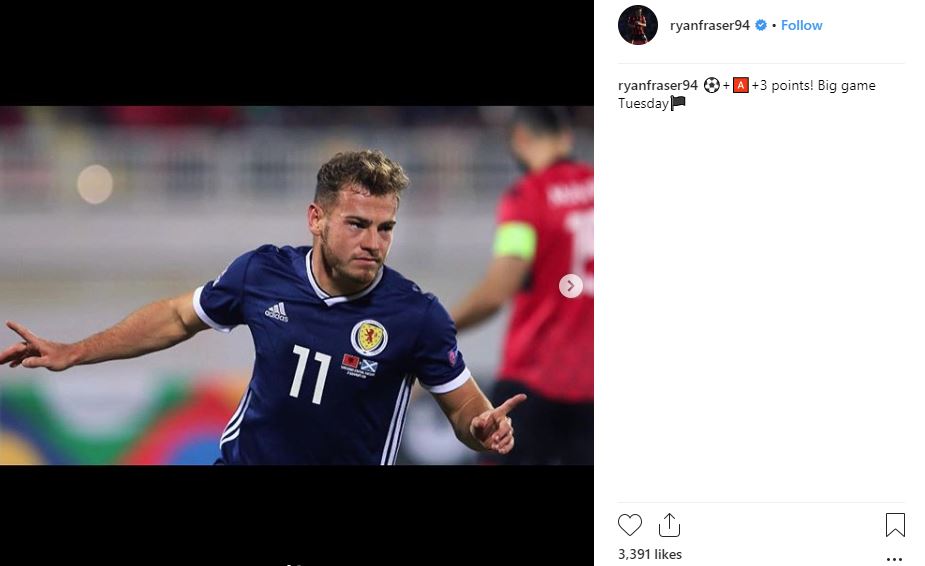 As I said, it’s hard not to get carried away but Scotland fans should learn not to be so miserable at what we currently have. Circumstances have been far from ideal but the squad at the moment is the strongest it has been for at least five or six years. There are fresh young players with plenty potential and a strong desire to attack; something the fans should be able to identify with. The squad is no longer an Old Firm select, with dressing room rivalries and politics often a gripe of previous squads, and representation is split across a very strong Scottish Premiership as well as including some of the English Premier League’s top performers. When do Scotland get the luxury of having arguably the Premier League’s best left back, the league’s top assister as well as a newly promoted captain valued at over £20m? Of course, I’m talking about captain Andy Robertson, Ryan Fraser and the currently injured Tom Cairney. Add in the in-form Callum Paterson at Cardiff City, as well as Scott McTominay and Stuart Armstrong; Scottish players are currently playing at a level unmatched in the last decade.

There were also concerns over an ageing back line, but plenty of young defenders have risen from the crowd to dispel that in the last twelve months. Saturday saw David Bates make his debut alongside Scott McKenna, but we’ve still got John Souttar, Christophe Berra, Michael Devlin and Charlie Mulgrew to return from injury too.

Saturday was only one win, and only the second away win of this year, but the team looked to have shown a far better balance throughout. There is plenty to build on.

A cobweb of issues still surrounds the national team, with Hampden Park currently seen as a poor venue with an even poorer pricing strategy. There is a view that deep tribalism between Old Firm fans tends to hold back the national team too, and for that to happen in 2018 is frankly embarrassing. Scotland fans should support the team regardless of who's playing and although it is not fair to compare us to our neighbours, if you find me a Scotland fan who says he wasn’t jealous of the summer that England fans enjoyed, then I’ll find you a liar. Gareth Southgate has built a unified squad with a clear identity, there is no reason we can’t try the same with the quality of player at our disposal. 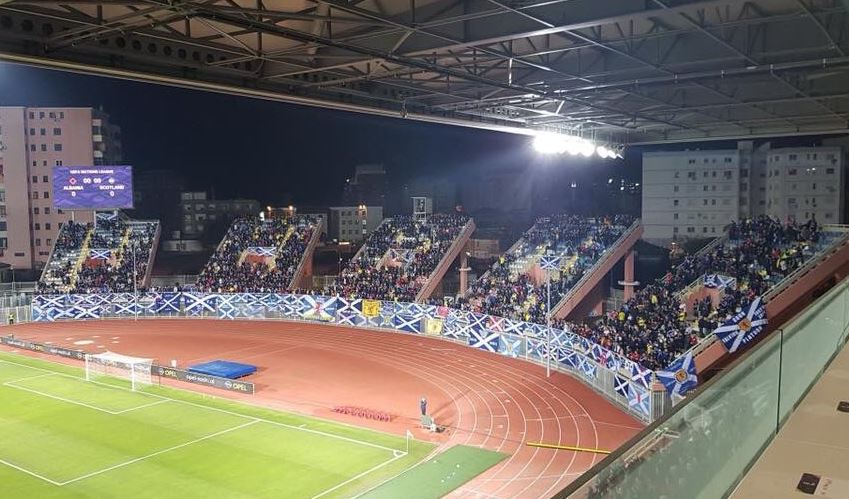 Club football will always come first and there’s no problem with that. However, one more win and the mood around the camp can change. Those who say they were not interested will grow curious of what lies ahead. The best chance of qualifying in a generation is right in front of us, there is no need to be so miserable. Maybe that’s in our DNA, you’d have to ask Gordon Strachan about that.

Topping our Nations League group should not be seen as a major achievement in wider context, but it is a brilliant opportunity to progress and offers a safety net for Euros qualifying which begin in March. Scotland are likely to be in Pot 3 barring any freak results, and we will have 8 games to prove whether progression is under away or not. There are rightly still questions over the safety of the manager’s position, and whether those above him are trusted to find a suitable replacement but promotion and a play-off place would help McLeish’s case ten-fold.

There are endless problems with Scottish football but that doesn’t mean that our teams haven’t got the quality to develop the product as a whole; the start of this season’s Scottish Premiership has gone a long way to doing that. Whilst we love to moan at our club side week in and out, you’ve got to hope the Scottish National Team’s Twitter admin has thick skin, as the poor soul takes the back end of mounted anger from collective Scottish fans once international football comes around. The team itself have an opportunity to change that attitude tonight.

It’s time for fans to put their colours aside and stop shrugging their shoulders at the national team, just because recent history tells them to.